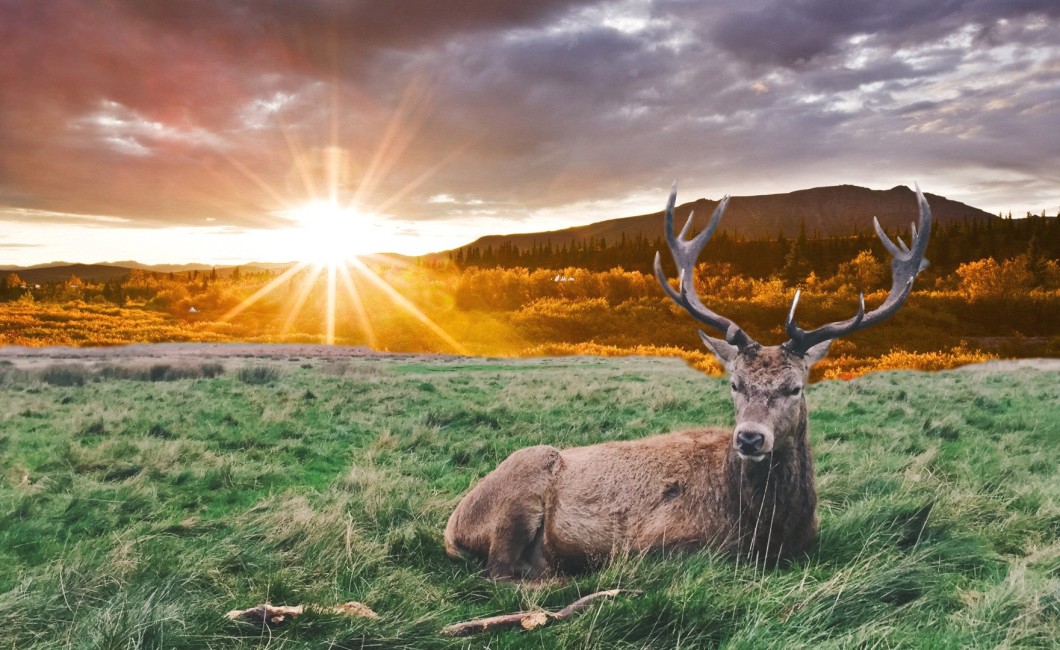 Forgiveness is probably one of the hardest acts one can do especially if someone wronged you in a way that has caused great pain. Someone once told me that forgiveness is just a fad. I have to agree on some level.

What is forgiveness really? Do we have to forgive someone that has hurt us? Will forgiveness heal us and help us and the ones we love move on? Or help the one who needs the forgiving move on? Why should we bother to heal someone who hurt us anyway by pardoning their actions towards us or even actions towards themselves that have affected us? Doesn’t that give the right to condone what they did to us, as okay? It is not okay!

In the Christian bible, it is in the “Our Father,” to forgive us our trespasses as we forgive those who trespass against us. Also in Matthew 6:15, “But if you refuse to forgive others, your Father will not forgive you.” “Blessed are the merciful, for they will be shown mercy.”

There are scriptures on forgiveness in every ancient holy text from Judaism to Buddhism and on.  Forgiveness is considered an important virtue in Hinduism. The psychological definition for forgiveness is allowing to give up revenge, resentment or judgment but not forgetting the offense that was done to you, yet replacing your negative emotions with positive ones. Science has proved forgiveness promotes health and a longer life. But what does that really mean?

Forgiveness is about releasing harbored up negative emotions, like resentment. Negative emotions stay within the body and are the mental root cause of dis-ease. Forgiveness is good in this sense because it frees you from the burden of holding onto a memory of pain, pain that can manifest within the physical body later on. Yet when you think of forgiving someone when you are not ready is where I agree the fad comes into play. Most people who are told, “you should forgive,” hold resistance to even the suggestion,  much more the word. It is about bringing to light resistance within our self by creating the opposite of what we are needing to forgive. Hurt/Heal, Taking/Giving, Selfish/Unselfish, Receiving/Giving, Taking/Getting, Hating/Loving. It is integrating your own emotions to heal the trama that needs the forgiving. So basically forgiving is actually integration. You cannot possibly forgive by looking at only the positive, la la la de da, and ignoring the pain that you have experienced.

When we connect this to the spiritual reality, I think a deeper meaning can also be interpreted as what we put out we get back? Or as the Golden Rule, treat others the way you would want to be treated? It takes courage to forgive, yet what is the underlying intention of this act? Are you chocking up points for the pearly gates? Are you a hero? I think forgiveness should be a reflection of God. Forgiveness is the opposite of blame, just as mercy is the opposite of punishment. Yet, in a higher metaphysical sense of understanding, I do not believe Prime Creator blames or punishes. If there truly is no blame or punishment, could the opposite really exist? I think Natural Law takes care of that, we reap what we sow. There really is duality in the physical world but that only justifies separation and there is no separation- spiritually speaking.

So how can we really forgive?  To really forgive is to release the resistance that holds your focus upon forgiving or not forgiving. It is rising above the duality or separation. It is surrender.  I believe you are actually having the courage to heal your own wound. When you can feel positive about aspects in your own life, you end up feeling fine about any wrong that has been done to you.

How do you know you have really forgiven?  To truly recognize the purity of peace is when you have no more attachment to the pain. And that is the awareness that through this experience, it has allowed you to find this peace in the first place. You will come to a point where it doesn’t matter who wronged you or why or if they are free. All resistance is gone therefore, the burden falls away. Every single soul is responsible for their own actions, words and deeds. There is no escaping our responsibility on a soul level. I believe it is about freeing yourself with the understanding that ultimately, the rest takes care of itself and trusting that.

Two traveling monks, a young one and an old one, reached a town where there was a young woman waiting to step out of her sedan chair. The rains had made deep puddles and she couldn’t step across without spoiling her silken robes. She stood there, looking very cross and impatient and scolding her attendants. They had nowhere to place the packages they held for her, so they couldn’t help her across the puddle.

The younger monk noticed the woman, said nothing, and walked by. The older monk quickly picked her up and put her on his back, transported her across the water, and put her down on the other side. She didn’t thank the older monk; she just shoved him out of the way and departed.

As they continued on their way, the young monk was brooding and preoccupied. After several hours, unable to hold his silence, he spoke out. “That woman back there was very selfish and rude, but you picked her up on your back and carried her! Then she didn’t even thank you!”

“I set the woman down hours ago,” the older monk replied. “Why are you still carrying her?”

Once upon a time there lived a deer in a dense forest. He was called Ruru. He was the embodiment of Bodhisattva which means compassion and this was one of Buddha’s past lives. He had a golden body with the spots of varied hues like that of the rubies, sapphires and emeralds. His hair was extremely soft and silky. His eyes were sky-blue. His hooves and horns looked like chiseled precious stones. So, when he darted in the forest everyone was charmed. All the more, he was endowed with wisdom; and evinced the power to converse in the human language owing to the memory of his past existences. Further, knowing the cruel and ugly mentality of the human beings, which is prone to all kinds of evil deeds, he avoided any encounter with them. Yet, he was compassionate to all alike.

Once, rambling in a thick forest he heard a heart-rending cry. Curiously, when he looked at the direction he saw a man being carried away by a gushing stream. The sight of the man in his utter distress filled his heart with compassion. In order to rescue him, he jumped into the water and asked the man to cling fast to him. The man instead of clinging to him climbed on his delicate back in his panic. Nonetheless, the deer bore the heavy load of the man and brought him safely on the river-bank. He then comforted the shivering man with his warm caresses until he regained consciousness. When the man was back to his senses Ruru dismissed him by saying, “You may now go back to your own fellow beings!”

The man thanked him and expressed his gratitude by saying, “No friend from childhood or a kinsman has ever done what you have done for me. I owe you my life. I am at your service. Tell me, what can I give you in return?” The deer then said, “In that case, tell no one that you were saved by that one, whose beauty surpasses everything known, and is the most desirable prey to man. Tell no man this, as the hearts of men holds little mercy and no restraint.” The man promised to keep his pledge and protect the life of his benefactor before he departed.

One day, the queen of that country had a dream where a Golden Deer appeared standing on a throne and preaching dharma in an articulate human voice. Bewitched by the elegant sight of the deer, she requested the King to catch the deer for her. The King, who trusted in the veracity of her dreams acted according to her wish by the royal proclamation of the reward of a rich village and ten lovely women for one who would help find out the deer. The man, who was once rescued by the deer, when heard of the rich rewards, went to the King and divulged the secret abode of Ruru. All the more, he took the King and his men to the thicket, where the deer dwelt. But surprisingly, when he raised his hand to show the deer, his hand fell off like a chopped limb.

In the meanwhile, the Kings eyes were wide-open at the wonderful sight of the deer. Now, when the deer noticed the King’s arrow pointing at him and people surrounding him from all directions, there was no place to escape.  He spoke to the King in an articulate human voice, ‘Sir! I pray that first you satisfy my curiosity before you kill me. Can you tell me; how did you reach here because I never tread the path of a man. How did you know of my where-a-bouts?” The King, charmed by his gaiety pointed towards the man by turning the arrow towards him in reply; the deer said: “It is better to save a log of wood from a flood than to save the life of an ingrate!”

This utterance of the deer aroused the curiosity of the King, who in turn asked the deer to explain the context. The deer then narrated the story of the man, who he had rescued. The King was moved by the story and commended his compassion and bravery, but at the same time was terribly furious at the ungrateful man. So, to punish the man when he pulled the string of the bow to shoot him, Ruru requested him to forgive the man. So, the King forgave the man but invited the deer to visit his Kingdom as a royal guest. Ruru accepted the invitation; and on the King’s request mounted the royal carriage to proceed to the Kingdom in a pompous procession. The King invited the deer to stand on the throne and preach the dharma, just as the Queen had seen in her dream.

The Golden Deer spoke, “I believe all the moral laws can be summed this way- “You should give compassion to all creatures and be quick to forgive; for compassion and forgiveness brings you freedom and peace within your soul and to the creatures and people to whom you give such gifts.”

Then the King praised the words of the Golden Deer, and he and his people took up the practice of giving compassion to all with their whole hearts. They learned to forgive and the people lived in freedom, joy and love for each other and all creatures of nature. The Golden Deer disappeared back into the forest, but birds and animals enjoyed safety and peace in that Kingdom even to this day.