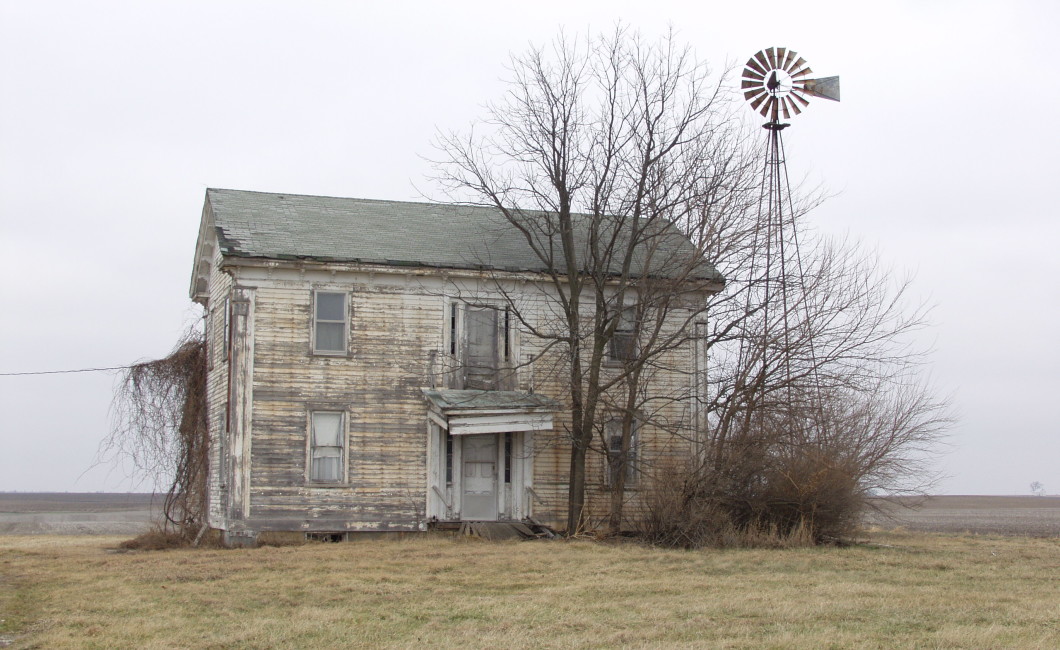 ONCE upon a time a Boggart lived in a farmer’s house. He was a mischievous Elf, and specially

fond of teasing the children. When they were eating their supper, he would make himself invisible, and, standing back of their chairs, would snatch a way their bread and butter and drain their mugs of milk. On cold nights he would pull the clothes from their warm beds and tickle their feet.

And the children liked to tease the Boggart in return. There was a closet in the kitchen with a large knot-hole in its wall behind which the Boggart lived. The children used to stick a shoehorn into the hole; and the Boggart would throw it back at them. The shoehorn made the little man so angry that one day he threw it at the youngest boy’s head and hurt him badly.

At length the Boggart became such a torment that the farmer and his wife decided to move to another place and let the mischievous creature have their house to himself. The day of the moving came. All the furniture was piled into a wagon, and a neighbour called to say good-bye. “So, farmer,” said he, “you are leaving the old house at last!”

“Heigh-ho!” sighed the farmer, “I am forced to do it. That villain Boggart torments us so that we have no rest night or day! He almost killed my youngest boy. So you see we are forced to flit.” Scarcely were the words out of his mouth when a squeaky voice cried from the bottom of the churn, that was in the wagon:- “Aye! Aye! We’re flitting, you see! “

“Ods! Hang it!” cried the poor farmer. “There is that villain Boggart again! If he’s going along with us, I shall not stir a peg. Nay! Nay! It’s no use, Molly,” said he turning to his wife. “We may as well stay here in the old house as to be tormented in the new one that is not so convenient!” And they stayed.