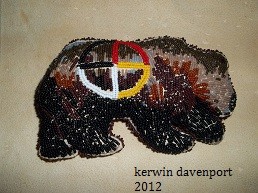 Bears figure prominently in the mythology of nearly every Native American tribe. In most Native cultures, Bear is considered a medicine being with impressive magical powers, and plays a major role in many religious ceremonies. Bears are symbols of strength and wisdom to many Native Americans, and are often associated with healing and medicine. Check […]