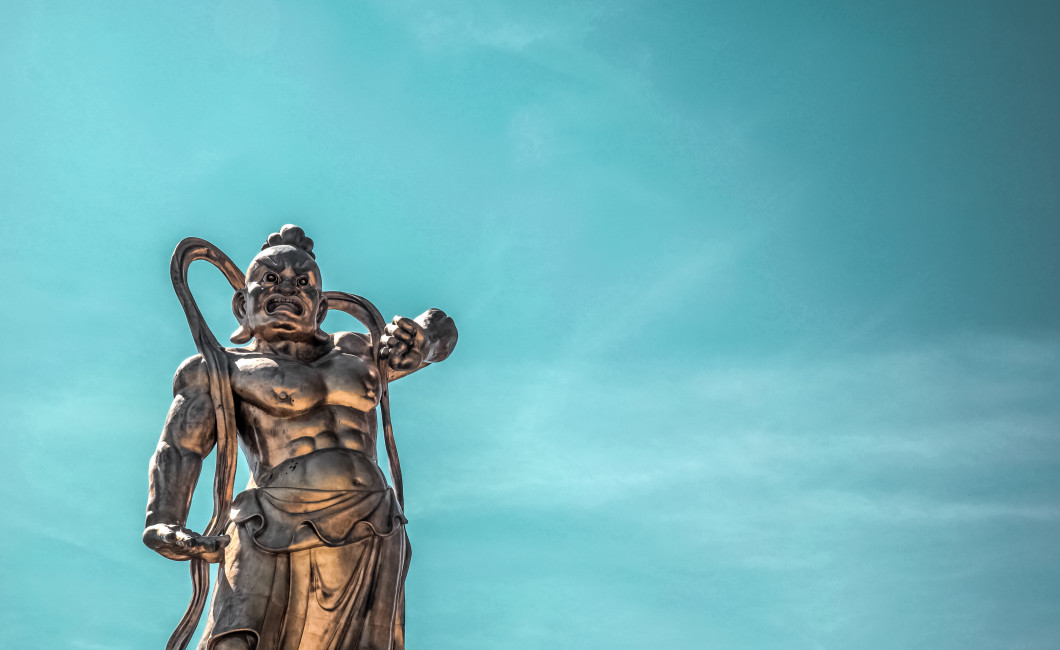 WANG LITTLE-THIRD-ONE lay stretched on his bed of bamboo laths, where a low fever kept him. He complained to every one, especially to his friend the Magician who came to see him. The Magician was very wise, so he gave Wang a drink of something delicious and cool, and went away.

When Little-Third-One had drunk this, his fever fell, and he was able to enjoy a little sleep. He was awakened by a slight noise. The night was come. The room was lighted by the full moon, which threw a bright gleam through the open door. Then he saw that the room was full of insects that were moving and flying hither and thither. There were white ants that gnaw wood, bad smelling beetles, huge cockroaches, mosquitoes, and many many flies. And they were all buzzing, gnashing their teeth, or falling. As Little-Third-One looked, he saw something move on the threshold. A small man, not bigger than a thumb, advanced with cautious steps. In his hand he held a bow; a sword was hanging by his side. Little-Third-One, looking closer, saw two dogs as big as shirt-buttons, running in front of the little man. They suddenly stopped. The archer approached nearer to the bed, and held out his bow, and discharged a tiny arrow. A cockroach that was crawling before the dogs, made a bound, fell· on its back, kicked, and was motionless. The arrow had run through it. Behind ‘the little man, other little men had come. Some rode on small horses, and were armed with swords, and still others were on foot. All these huntsmen scattered about the room, and ran or rode, to and fro, shooting arrows, and brandishing their swords; until hundreds and hundreds of insects were killed. At first the mosquitoes escaped, but, as they cannot fly for long, every time one of them settled on the wall, it was transfixed by a huntsman. Soon none were left of all the insects that had broken the silence with their buzzing, their gnashing of teeth, and their falling. A horseman then galloped around the room, looking from right to left. He gave a signal. All the huntsmen called their dogs, went to the door, and disappeared. Little-Third-One had not moved, for fear that he should disturb the hunt.